In August, my boyfriend and I spent three weeks travelling the 8000km from Beijing to St Petersburg overland on the Trans-Mongolian railway. It’s kind of the train trip of a lifetime, an incredible journey, and definitely an experience that teaches you a few things (disclaimer: life lessons may be extremely specific to the Trans-Mongolian railway).

1. In Beijing, you may spend hours searching the sweaty Sanlitun bar district for a place called Lantern Club. Lesson: it doesn’t exist. You will end up dancing on a stage at a bar named Club Latte, where everyone will pretend you don’t look ridiculous just because you’re Western.

2. If you make too much noise, your train carriage attendants (provodnitsas) will hate you. Unfortunately, it’s almost impossible to NOT make too much noise when you’re in a group which includes ten other Australians, a Briton and a Finn. If you make the attendants hate you, they may lock you inside your train carriage – with no access to water or bathrooms – for five hours while everyone else is allowed off the train to wander freely. 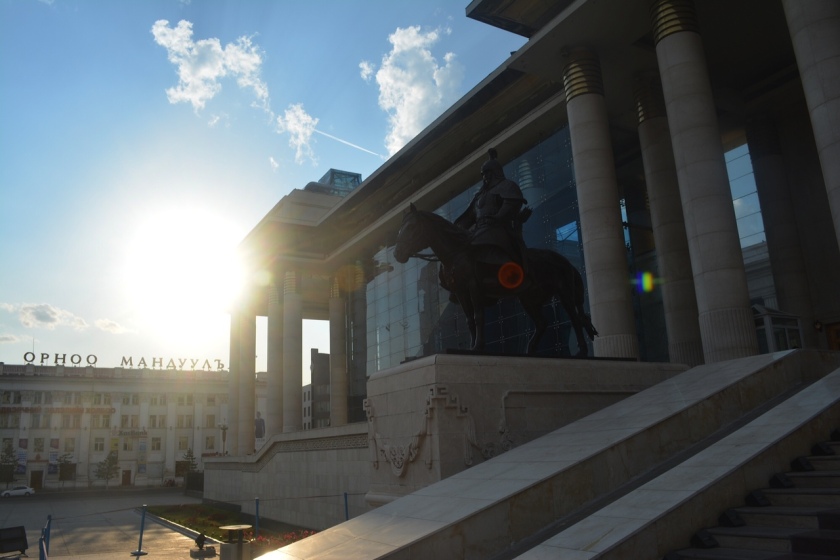 3. Despite the fact that Russia is spread over eight time zones, trains run on Moscow time. This will allow French people with rage issues to tell you to go to sleep at basically any time of day – it’s always possible to convince yourself that it’s an inappropriate time of day, regardless of the time zone you’re actually in. Failure to comply will result in your boyfriend being physically assaulted by said Frenchman, who will grab his collar and snarl “Be careful, British!” while his wife screeches “Gilles, no!” and the providnitsa yells in Russian.

4. Everyone knows the Great Wall of China is really high, but did you know that each year thousand of tourists die because they decide to walk up to the Great Wall, not realising there are 700 steps to be mounted before you actually reach it? Okay maybe (hopefully) no tourists died but given there are plenty of steps to be climbed on the wall itself, you should maybe swallow your pride and take the cable car up to avoid sweating like cheese left out of the fridge while tiny Chinese children skip past you up the huge steps (this experience will also teach you something about how incredibly difficult it must have been for the people who built the wall in the first place).

5. It can be hard for vegetarians to find meat-free instant noodles in Beijing. Your only option may be a variety of ‘Sour & Hot’ noodles which, you think, can’t be that bad. You will eat a couple of mouthfuls on the train and realize it may in fact be the single worst taste you or anyone else has ever, ever, ever experienced.

6. You will think you understand how cold seven-degree water is, until you swim in Lake Baikal, the world’s oldest and deepest freshwater lake. Do it anyway.

7. Border crossings in this part of the world can be a total nightmare. Passing from China into Mongolia, for example, the train will need to have its wheel gauges changed, meaning that the entire train will be raised six feet in the air while the undercarriage is completely reinstalled. Border officials will then cruelly wake you periodically throughout the night for a series of passport swaps and customs declarations forms. Mongolia and Russia use the same rail gauge size, but the process of crossing between them still takes ten hours.

8. You’ll see the Mongolian sunrise over the Gobi desert from your compartment window, and feel like the only person awake for a thousand kilometres.

9. When the train stops, never stray too far from your carriage. I learnt this lesson during a brief moment in which I was convinced the train was going to leave my boyfriend in Ulan-Ude. Luckily, although I thought the provodnitsa had just told me the train was leaving in two minutes, she actually meant twenty minutes, and I am not in fact writing this from eastern Siberia.

10. Travelling in Russia, you may think you are unlikely to meet anyone from your hometown (Wollongong). You will soon find yourself having a conversation with the uncle of a guy your housemate knows from her Law degree.

11. You’ll decide not to pay extra to take photos inside a Mongolian monastery in Ulaanbaatar after your guide tells you it costs 4,000 tugrik. Later, you will convert this amount and realise it was eighty cents AUD.

12. You will ride a horse across the Mongolian steppe and briefly feel cool until you realise it’s literally the smallest horse you’ve ever seen (excluding varieties of miniature horse) and you are a total amateur who needs to be guided along on a rope by a Mongolian horseman.

13. The trip from Irkutsk to Moscow takes 84 hours. That’s four nights, five days on a train with no showers, no breaks longer than about an hour, and no food other than what you can make using hot water.

14. You will feel weird about visiting a Mongolian nomadic family, who open their ger to tourists and teach you something about a) the value of simplicity in life and also b) the ludicrous privilege of your own existence.

15. Instant mashed potato will become your best friend. As the days pass, you will learn to incorporate new and thrilling elements into your meals. Tinned peas and corn! Salt! Pepper!

17. The train attendants lock the bathrooms for half an hour before and after each significant train stop. You will learn to factor this into your beer-drinking.

18. A Russian dining car attendant named Anton will try to teach you a Russian card game. It will make no sense. You will attempt to pick up the rules along the way; this will be fruitless. Same suit? One number higher or lower? No. You’re always wrong. Don’t even try.

19. Seeing Swan Lake performed in Moscow is pretty amazing, but you should probably try not to do it after a 3am wake-up call or you will spend the whole time comparing the male dancers’ packages, trying to stay awake.

20. Despite its expensive visas and prohibitively anti-vegetarian instant noodles, the Trans-Mongolian (and Trans-Siberian) journey is truly one that takes you through some of the world’s most fascinating and beautiful places.

While some of these were hard lessons to learn (and others basically useless for everyday life) the biggest lesson I learnt was about the privilege of travel, and how relatively few people on this planet have the luxury of literally putting their regular life on hold to fly across the world and see how other people (who very often can’t afford the same) live their lives. This lesson, I think, is by far the most important, and it (okay, and the instant mashed potato) is what will stay with me forever.

Matilda lives half the year in the fever-dream world of tender submission editing and spends the other half trying to recover. She tweets when procrastinating and Instagrams too many pictures of Vegemite toast and shamelessly filtered pics of her cool green bike.